Eneco is an integrated energy company that focuses on the production, trade, transport and supply of gas, electricity and heat and the associated services. With its more than 7,000 employees, Eneco serves two million business and households, making it one of the three largest energy companies in the Netherlands. The shares in Eneco are held by 61 Dutch municipalities. Eneco, which has its registered office in Rotterdam, was created in 1995 following a merger between the energy companies of Rotterdam, The Hague and Dordrecht. In subsequent years, 13 regional energy companies were added to the group. For further details, go to www.eneco.nl. 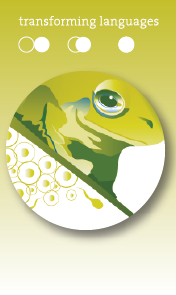 The UvA has a long history. Founded as the Athenaeum Illustre in 1632, the UvA has developed into one of the larger general European … END_OF_DOCUMENT_TOKEN_TO_BE_REPLACED

Eneco is an integrated energy company that focuses on the production, trade, transport and supply of gas, electricity and heat and the … END_OF_DOCUMENT_TOKEN_TO_BE_REPLACED

KPMG Meijburg & Co provides Audit, Tax and Advisory services. KPMG's ambition is to become a leading player on the markets where it … END_OF_DOCUMENT_TOKEN_TO_BE_REPLACED

Schiphol Group is an airport operator. Its principal objective is to create sustainable value for its stakeholders through the … END_OF_DOCUMENT_TOKEN_TO_BE_REPLACED